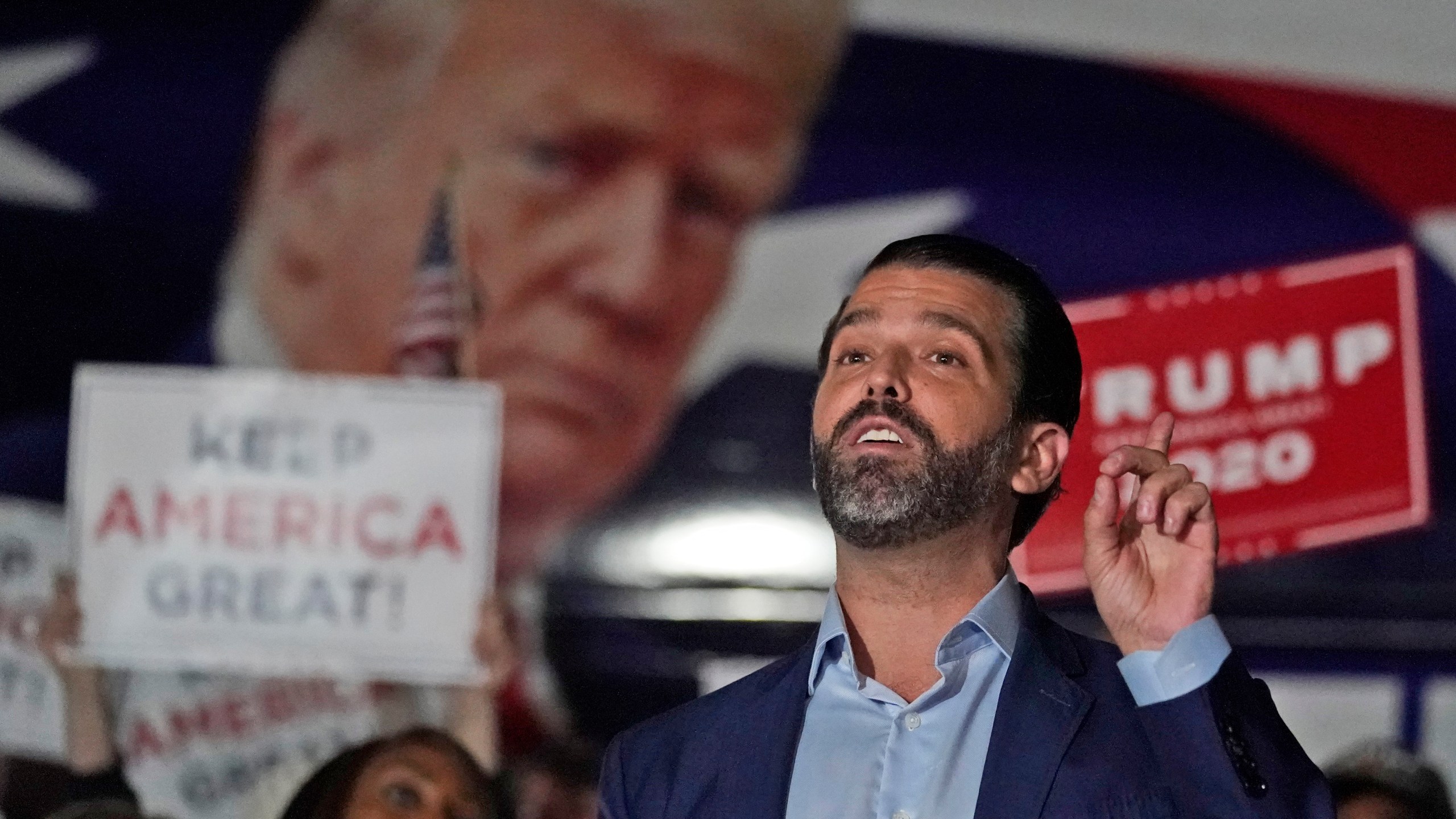 Donald Trump Jr., the eldest son of President Donald Trump, has tested positive for the coronavirus, his spokesperson confirmed on Friday night, November 20.

“Don tested positive at the start of the week and has been quarantining out at his cabin since the result. He’s been completely asymptomatic so far and is following all medically recommended COVID-19 guidelines,” Trump Jr.’s spokesperson said.

Trump Jr. has been isolating and has no symptoms, the spokesperson told the AP.

He is another person associated with the President who has tested positive for COVID-19.

Earlier on Friday, Rudy Giuliani’s son Andrew Giuliani, who is a White House aide, announced on Twitter he had tested positive.

Trump Jr.’s girlfriend, Kimberly Guilfoyle, also tested positive for COVID-19 over the summer while the couple campaigned for the President, CNN reported.

Two Republican senators, Rick Scott of Florida and Chuck Grassley of Iowa, have announced in the last few days that they tested positive, the network reported.

Twenty-six House members and 10 senators have so far tested positive or have been presumed positive since the beginning of the pandemic, according to CNN.

Nobody can dictate and threaten us over 2023 presidential ticket – APC

What Buhari, Osinbajo said about Ajimobi

Author Beta Gist Naija StaffPosted on September 10, 2019
Governor Abdulrahman Abdulrazaq of Kwara State has charged the police to intensify efforts to free the six Kwarans abducted at the weekend along Abuja-Kaduna...
Read More

Author betalensPosted on February 2, 2020
Following reports of his wife seeing other men and extra-martial affairs, a 36-year-old man identified as Denis Mumo reportedly sealed his wife’s vagina with...
Read More

Author Beta Gist Naija StaffPosted on October 10, 2019
The Coalition of United Political Partes, CUPP, has raised a fresh alarm over alleged ongoing plot by the government of President Muhammadu Buhari to...
Read More