Gawat Jubril, a Senior Special Assistant (SSA) to the Governor Babajide Sanwo-Olu of Lagos State on New Media has reacted to a video in which it was alleged that new mothers and kids were forcefully evicted from Lagos University Teaching Hospital (LUTH).

Abiodun Borisade, a Senior Special Assistant (SSA) to Governor Kayode Fayemi of Ekiti State had shared the video with the caption;

Reported happening at #Lagos University Teaching Hospital. Forceful eviction of Nursing mothers & Infants from a facility at the #IdiAraba premises! 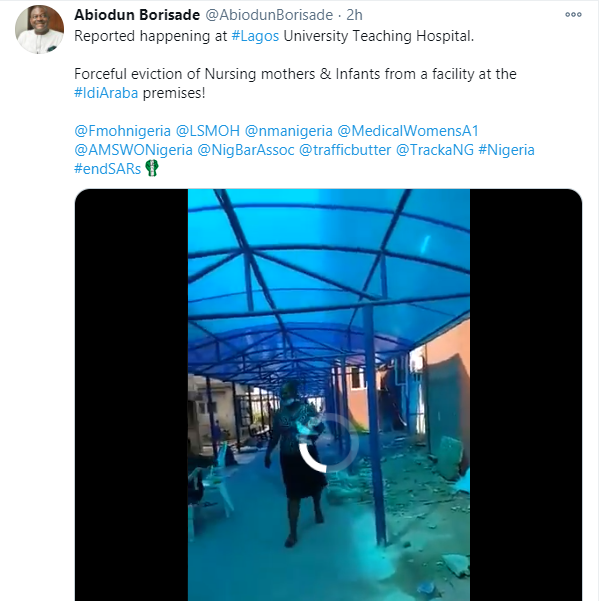 However reacting to this, Gawat stated that Lagos State University Teaching Hospital (LASUTH) is state-owned, while LUTH is owned by the federal government.

Davido Celebrates His Daughter On Her 2nd Birthday

Author Beta Gist Naija StaffPosted on May 9, 2019
Award-winning Nigerian singer, David Adeleke aka Davido has taken to his social media space to celebrate his second daughter, Hailey Veronica as she clocked...
Read More

Author Beta Gist Naija StaffPosted on August 1, 2019
It has turned out that Buhari’s ministerial nominees were never vetted by the Department of State Services (DSS) before their names were sent to...
Read More

Dolly Parton, 75, says she doesn’t have ‘time to be old’ and admits she’ll ‘look as young’ as her plastic surgeon allows

Author Beta lensPosted on November 13, 2020
Dolly Parton, 75, says she doesn’t have ‘time to be old’ and admits she’ll ‘look as young’ as her plastic surgeon allows
Read More