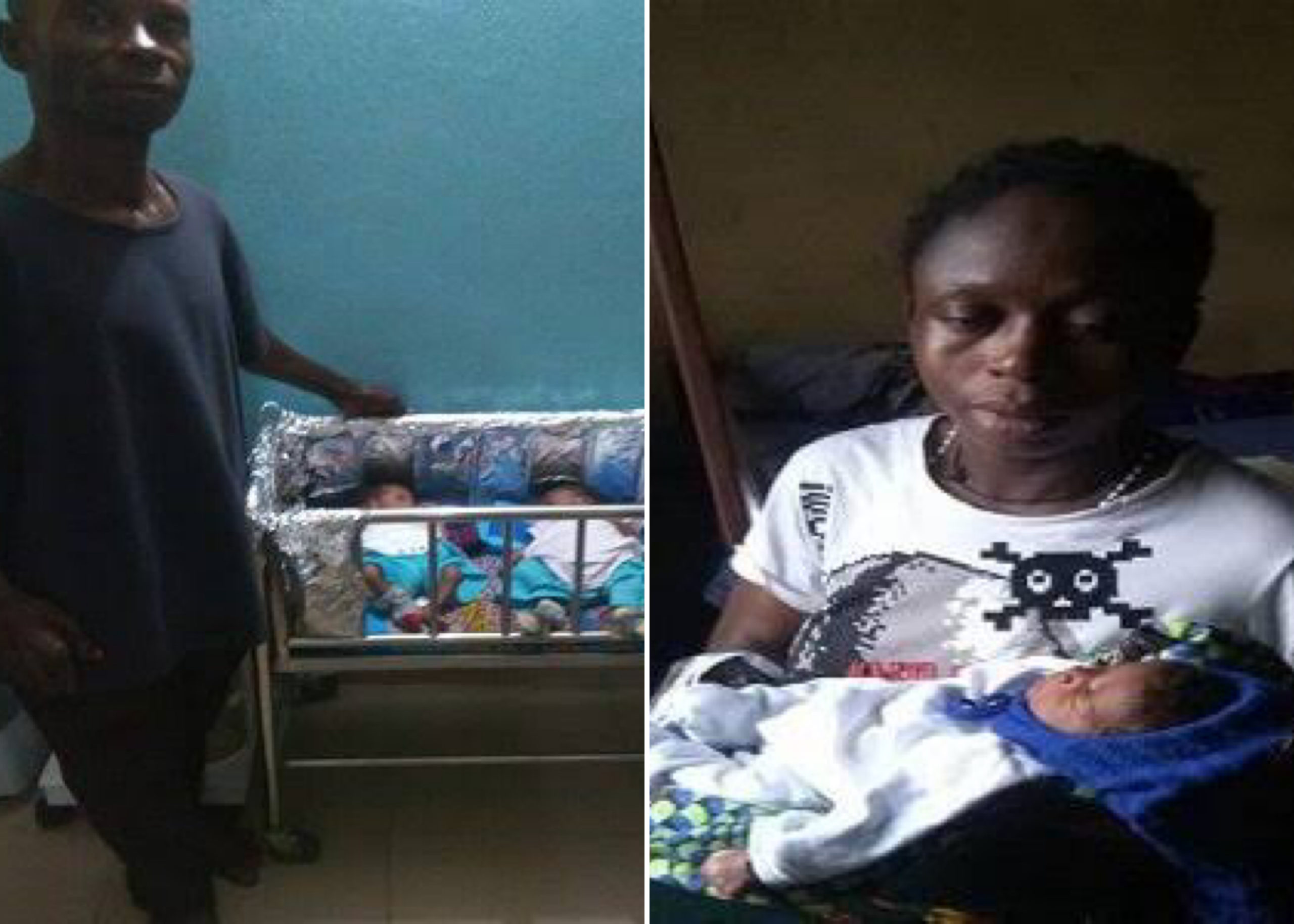 A middle-aged man has allegedly abandoned his nursing wife, Evelyn, at a private hospital in Okpoko, Ogbaru Local Government Area of Anambra State, where she was delivered of triplets.

Sunday Odinaka, a native of Ubaraekwem in Ihiala council, reportedly fled his No. 153b Obodoukwu Road home following his inability to offset the medical bills.

The couple already had four kids who were withdrawn from school due to financial handicap.

Mrs. Odinaka, a petty trader, narrated her ordeal to reporters on Thursday from her hospital bed. She said her husband begged the doctor to allow him go seek for assistance to offset the N450,000 bill and is yet to return two weeks after.

She said: “Before I gave birth to the triplets, there was nothing in the house to eat. I sell sachet water and my husband has no job, sometimes he will do menial jobs from which we eat.

“We have been living from hand to mouth until the arrival of the triplets and the situation became worse. My husband has been lamenting on how to afford the bill even before I gave birth, believing I will be delivered of one baby.

“But on seeing three of them, coupled with the four we have already, he fled. It’s going to two weeks now. Worse still, he has no phone through which we can reach him.

“I’m sure my husband abandoned us because of the N450,000 bill he was asked to pay so I can be referred to a specialist hospital due to complications I had.”

Mrs. Odinaka said her daughter who usually goes home to bring hot water to bathe the triplets said she has not seen her father.

She added: “My daughter said somebody told her that her father swore never to return until he was sure the hospital bill was paid.”

Though the nursing mother has been able to raise N50,000 from friends and well-wishers, she appealed to the governor’s wife, Mrs. Ebelechukwu Obiano, to assist her.

“Before my husband fled, he submitted a letter to the govenor’s wife and Office of the Commissioner for Women Affairs and Children Welfare, that I gave birth to triplets and needed help, but no response. That may be part of the frustration that forced him to flee,” she added.

Chairman of the Civil Liberties Organisation (CLO) Comrade Vincent Ezekwueme said the family was in dire need of help, not only to offset the hospital bill, but to feed the babies as well. He also appealed to well-meaning individuals to assist the husband with gainful employment.

Author Beta Gist Naija StaffPosted on September 24, 2019
Over the weekend, reports that a herd of 36 cattle was struck down by lighting atop a scared hill only to be visited by...
Read More

Author Beta Gist Naija StaffPosted on December 3, 2019
A banker alongside three others have been arraigned before a Magistrate Court in Odigbo, Odigbo Local Government Area of Ondo State for allegedly stealing...
Read More