A young Nigerian man identified as Dele has been declared missing by family and friends.

According to reports, Dele’s last known location was at third main land bridge, Lagos state. Family and friends are seeking for the young man’s whereabouts, as he was last seen at Omole phase 2. 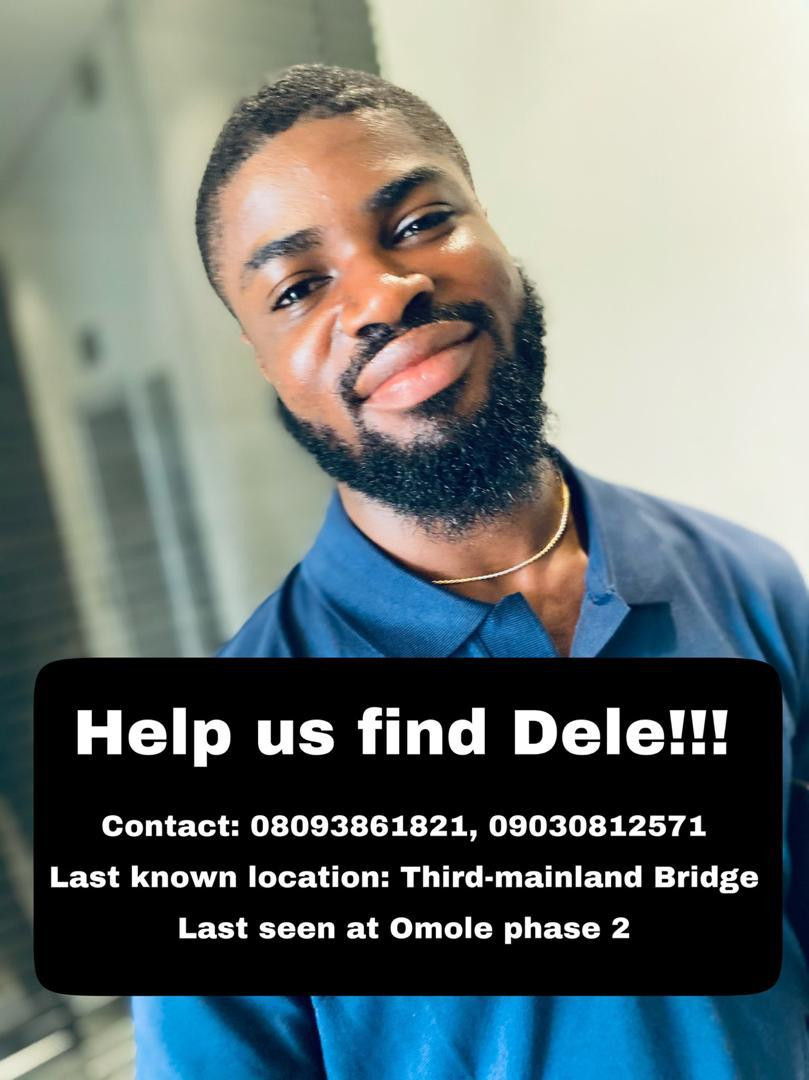 In other news, the Presidential Task Force on COVID-19, on Tuesday, said schools in the country will resume on January 18 until the Ministry of Education announces further directive.

The Minister of Education, Adamu Adamu, had on Monday, said the Federal Government would review the January 18 earlier date fixed for resumption of schools across Nigeria.

One soldier killed as troops neutralize 10 bandits in Katsina

Ekiti election: Senator Olujimi reveals what gave her victory over Adeyeye in court

Author Beta Gist Naija StaffPosted on September 1, 2019
The crisis between the governor of Ogun State, Prince Dapo Abiodun and the Labour Party in the state took a new dimension as the...
Read More