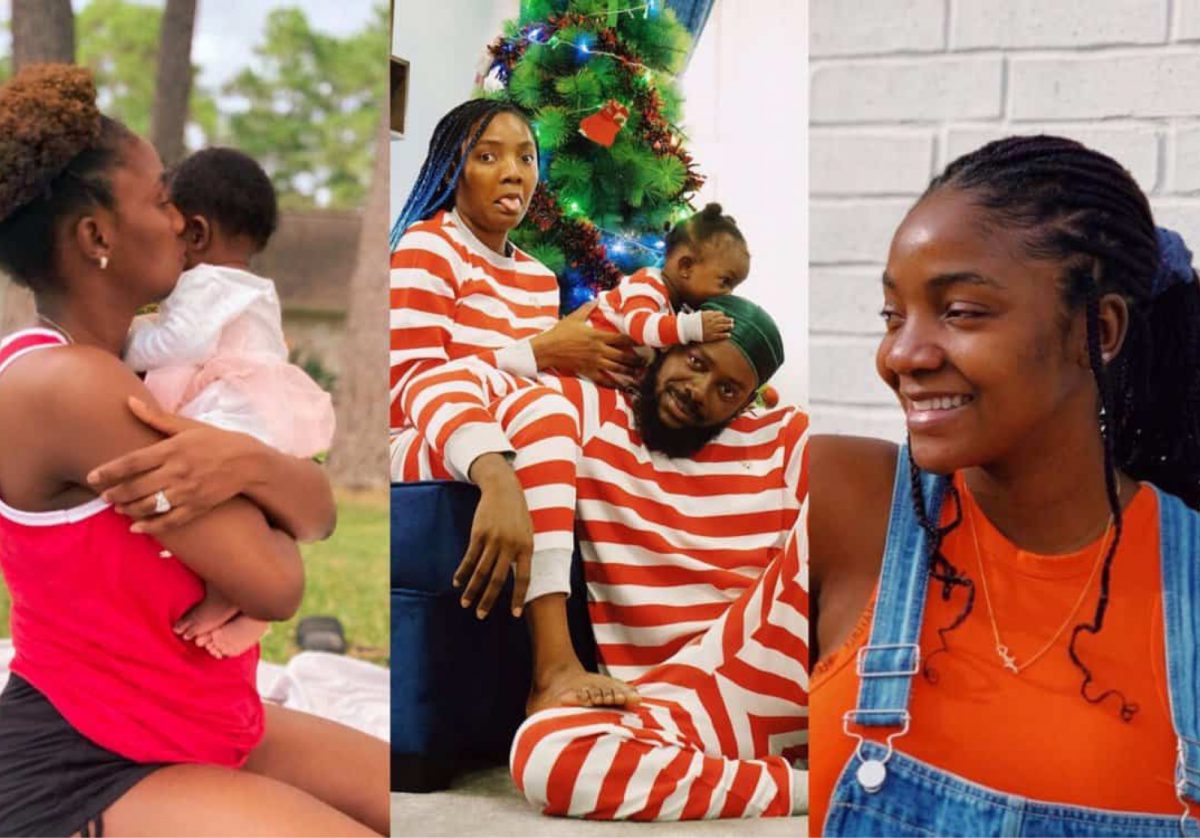 Having a daughter has made me so vulnerable – Simi

Superstar singer, Simi has revealed how having a daughter has made her so vulnerable.

Simi stated that knowing that she can’t control her daughter getting hurt, sad, insecure, in pain, confused or afraid, has made her the most vulnerable she has been in life.

She further said that she wants to be the best example to her daughter. Simi tweeted;

Having a daughter has made me so vulnerable. I want her to never be hurt, sad, insecure, in pain, confused or afraid. The fact I won’t always be able to control these things has made me the most vulnerable I’ve ever been in my life.

I have to be the best example for her. So help me God. 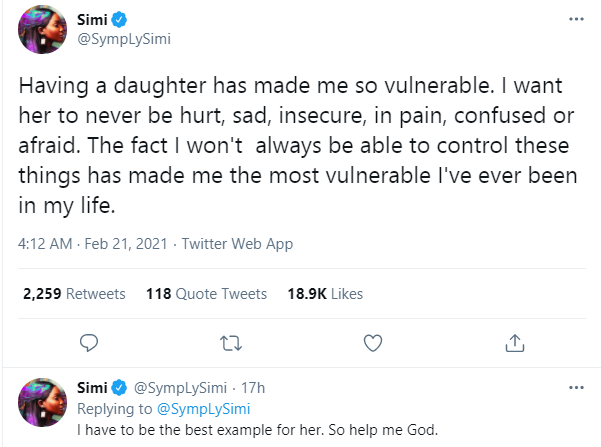 Author Beta Gist Naija StaffPosted on October 11, 2019
One person was said to have died, while seven others sustained various degrees of injuries in a Thursday accident that occurred along the Sagamu-Ijebu/Ode...
Read More

Author Beta Gist Naija StaffPosted on July 12, 2019
The Central Bank of Nigeria (CBN) directive for banks not to deposit funds above N2 billion at its Standing Deposit Facility (SDF) window will...
Read More