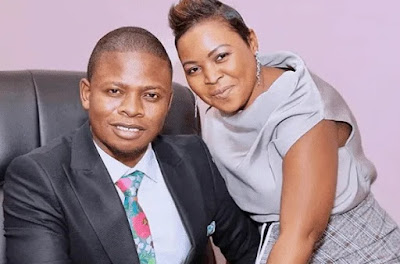 The Malawian police has issued a new arrest warrant for controversial millionaire Prophet Shepherd Bushiri and his wife Prophetess Mary Bushiri of the Enlightened Christian Gathering.

Recall that after Malawian authorities stopped members of the Prophet’s family from leaving the country for Kenya, the police stormed his home but could not find him and his wife, Mary.

National Police spokesperson James Kadadzera confirmed the new warrant of arrest that was issued to fugitive Prophet Bushiri and his wife to Malawitalk.

The Department of Immigration and Citizenship Services spokesperson Martin Gongolo, also said that the police stopped Bushiri’s family from traveling because they were suspecting that the preacher and his wife were fleeing the country and wanted to send their children away first.

Bushiri and his wife fled South Africa last year while on bail. They are wanted in Pretoria on a raft of charges, including fraud and money-laundering.

Efforts to extradite Bushiri and his wife from Malawi to South Africa proved futile last year. Their extradition hearing is however set for 8th of March 2021.

Nnamdi Kanu Releases ‘Proofs’ Alleging That Buhari Is Not A Nigerian

Author Beta Gist Naija StaffPosted on April 23, 2019
The leader of the Indigenous People of Biafra, Mazi Nnamdi Kanu, has come up with a fresh claim about the true nationality of President...
Read More

They Are Harassing My Children – Regina Daniels Mother Cries Out

Author Beta Gist Naija StaffPosted on June 2, 2019
While the arrest of nollywood actress Regina Daniels brother Lawrence was still on, there was a serious argument and quarrel at the scene of...
Read More

Bobrisky on the run as Police storms, shutdown venue of his 28th birthday celebration in Lekki, chase away everyone.

Author betalensPosted on September 1, 2019
If the information reaching us is anything to go by, then Bobrisky is currently on the run after armed police officer stormed the venue...
Read More