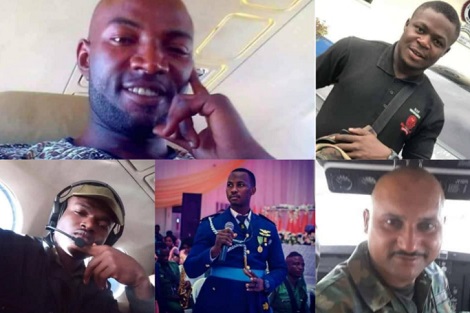 The Nigerian Air Force has released the names of the seven personnel that perished in the military aircraft that crashed in Abuja today February 21.

According to a statement released by AVM Ibikunle Daramola, the Director of Public Relations and Information, the deceased personnel include;

Daramola said the Chief of the Air Staff (CAS), Air Vice Marshal Oladayo Amao, has instituted an investigative panel to determine the remote and immediate causes of the accident.

Author Beta Gist Naija StaffPosted on August 30, 2019
An Ogun State High Court of Justice, in Ipokia Judicial Division has declared the seat of Onipokia of Ipokia vacant and has banned the...
Read More

Author Beta Gist Naija StaffPosted on July 18, 2019
The Biafra Nations Youth League, BNYL, has called on the people of the South-east and South-south to immediatelyleave the North, following calls by Northern...
Read More