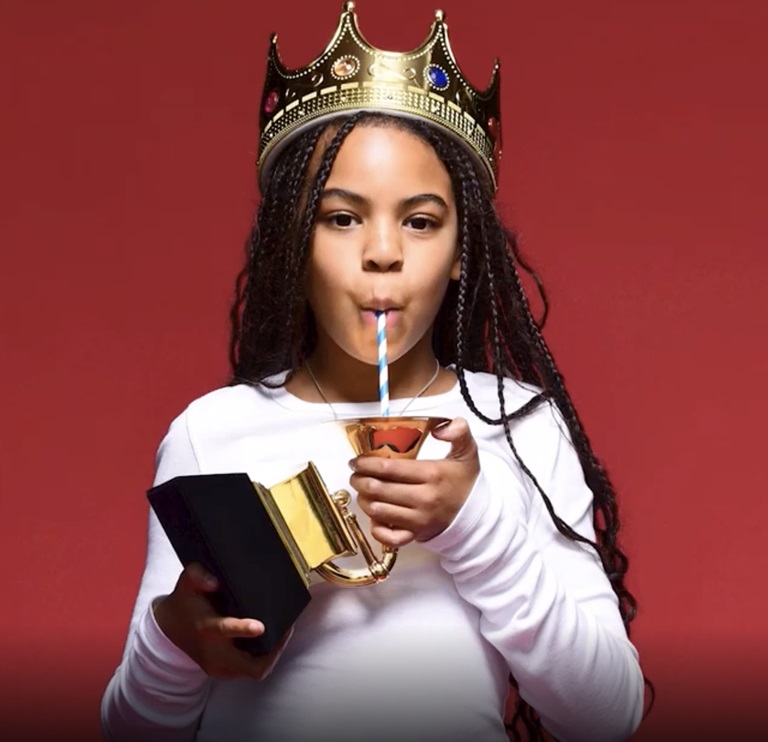 The American singer won ‘Best Music Video’ for her role on ‘Brown Skin Girl’ at the 63rd Grammy Award, alongside her mum, Beyoncé and Nigerian singer, Wizkid.

Beyonce took to her Instagram page to share photo’s of her daughter posing with her first ever Grammy and in one of them the 9-years-old was spotted drinking from the award plagque.

Blue Ivy is the first-born daughter of musicians Beyoncé and Jay-Z, Carter, she became the youngest winner of a BET Award at the age of eight when she won the BET Her Award in 2020 for her collaboration on “Brown Skin Girl”. At age 9 she received the Grammy Award for Best Music Video for the same song, becoming the second youngest person to win a Grammy Award.

Gov. Umahi cries out over IPOB’s activities against Ebonyi govt

Author Beta Gist Naija StaffPosted on August 25, 2019
The Governor of Ebonyi State, Chief David Umahi at the weekend raised the alarm over the rising activities of miscreants suspected to be members...
Read More

Author Beta Gist Naija StaffPosted on September 26, 2019
Britain’s royal family are on a 10-day visit to southern Africa, their first official tour as a family, Prince Harry on Thursday kicked off...
Read More