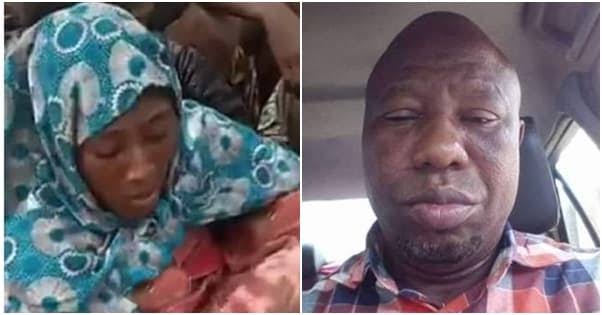 Ibrahim Shamaki, father of one of the students kidnapped from Federal College of Forestry Mechanisation in Afaka, Kaduna state is reportedly dead.

Channels Television reported that Ibrahim who is the father of Fatima Shamaki, one of the girls with hijab seen in the video that was released by bandits, died of heart attack after he fell ill shortly after he was told of his daughter’s abduction .

Family sources said he died on Friday evening, March 26, when relatives were about to take him to a hospital for further medical treatment.

This comes as Fatima Shamaki and the other abducted students prepare to spend their 15th night in the captivity of the bandits.

Author Beta Gist Naija StaffPosted on April 19, 2019
Bishop Daniel Obinim has said to his congregation that he was around when Jesus resurrected.“You have a powerful man of God and some Ghanaians...
Read More

Author Beta lensPosted on June 6, 2020
Man arraigned for allegedly raping his 7-month-old daughter starting from when she was 3 months old
Read More