A Facebook livestream captured the moment an Oklahoma prison officer was held hostage by prison inmates before one of them (inmates) got shot dead by police officers. 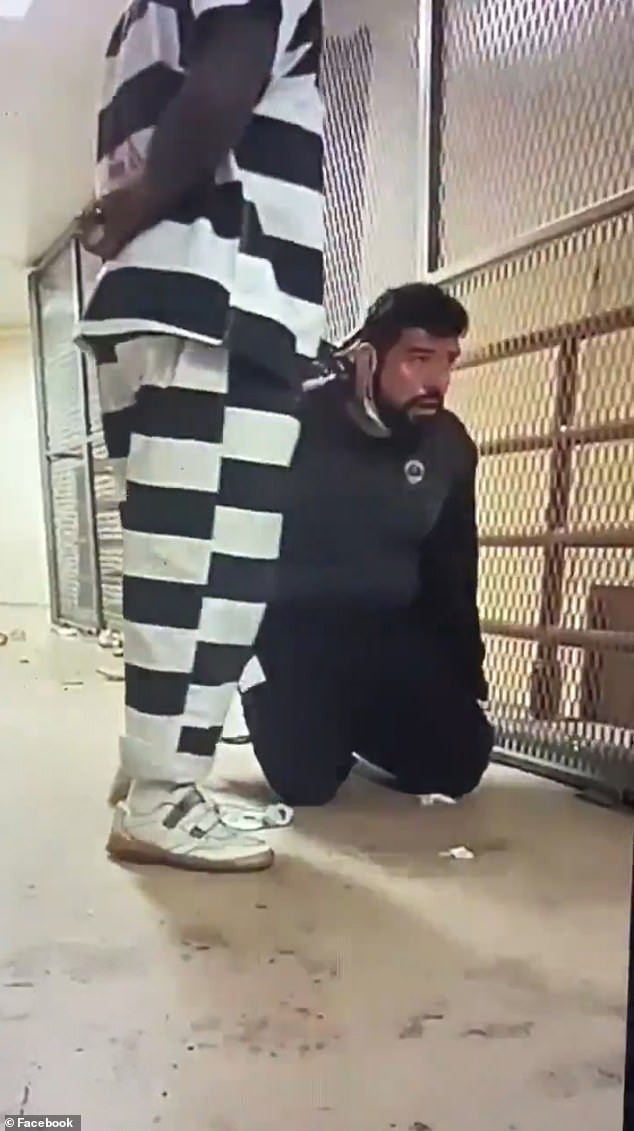 The hostage situation unfolded on Saturday evening at the Oklahoma County Jail and stopped after police officers shot and killed an inmate who took a correctional officer hostage.

Shortly after 4 p.m, a correctional officer was overrun by at least one inmate during pill pass and taken hostage. According to Greg Williams, the administrator for the Oklahoma County Jail Trust, the inmate took the officer’s radio and keys and released many of the other inmates on the 10th-floor pod.

In the livestream which took place on the Facebook page of the prison officer, an inmate looked into the camera and said that they were doing what had to be done because they have no food and cannot take showers at the jail. Another inmate is then seen standing over the crouched detention officer with his hand on the back of his neck, berating him.

The inmate holding the phone can then be heard saying that the water in the jail does not work and the toilets are backed up.

The shooting incident occurred after jail staff notified local law enforcement agencies, and officers with the Oklahoma City Police Department and the Oklahoma County Sheriff’s Office responded to the scene.

Oklahoma County Sheriff Tommie Johnson III claimed officers tried to de-escalate the hostage situation, but shots were fired after the inmate who had the correctional officer in a “hostage position” held something to his neck.

“Lethal force was taken, and the suspect was shot on scene. We were able to get the detention officer out safely.”

The correctional officer was taken to a hospital for treatment. Although authorities did not release the extent of the officer’s injuries, they said he is expected to be OK.

Police Chief Wade Gourley said the department’s investigation into the hostage situation and deadly shooting is in the preliminary stages, and he didn’t have too many details as of Saturday night. Several investigators have been called in to conduct interviews, and the Oklahoma City Police Department will take the lead on the investigation.

After the incident, a group of protesters gathered outside the jail, complaining about conditions that inmates allegedly faced behind bars.

Watch a video from the scene below;

I will resign if asked to do anything against my conscience - EFCC Chairman, Abdulrasheed Bawa

Author Beta Gist Naija StaffPosted on August 16, 2019
Phillipe Coutinho has been left out of Barcelona’s squad to play Athletic Bilbao on Friday night, as he has agreed to join Bayern Munich...
Read More