Madam Nmesoma Okafor, the lady who was accused of brutalizing her 10-year-old househelp leading to her death, has been remanded in prison custody.

Rights activist, Gwamnishu Emefiena Harrison who served an update on the case alleged that they rejected N2m to back off from the case.

He also disclosed that Nmesoma killed her househelp Kosi, by “hitting her head on an iron window protector and striking her head with a rod.” The case has been adjourned till April 28.

I don’t know how we did it, with our collective voice we followed up to make sure the Police charge NMESOMA OKAFOR to court for MURDER.

Be informed that we rejected 2million naira offer to back off from this case.

Madam Mmesoma is now in PRISON custody for the murder of her 10 year old maid.

To Nmesoma committee of friends who are going round threatening our volunteers, please read the charge and see how little Kosi was murdered by your beloved friend.

“By hitting her head on iron window protector and striking her head with a rod which caused her death”.

We at Behind Bars Family will follow till the end and make sure justice is served.

Special thanks to Inspector General of Police CRU head ACP Ishaku for working with us on this very case.

PLEASE WHAT IS THE PENALTY FOR MURDER? The court will decide. 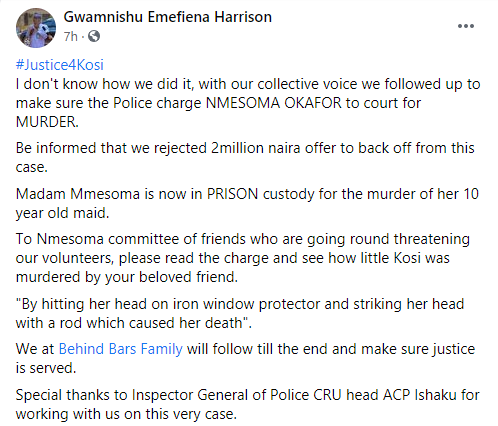 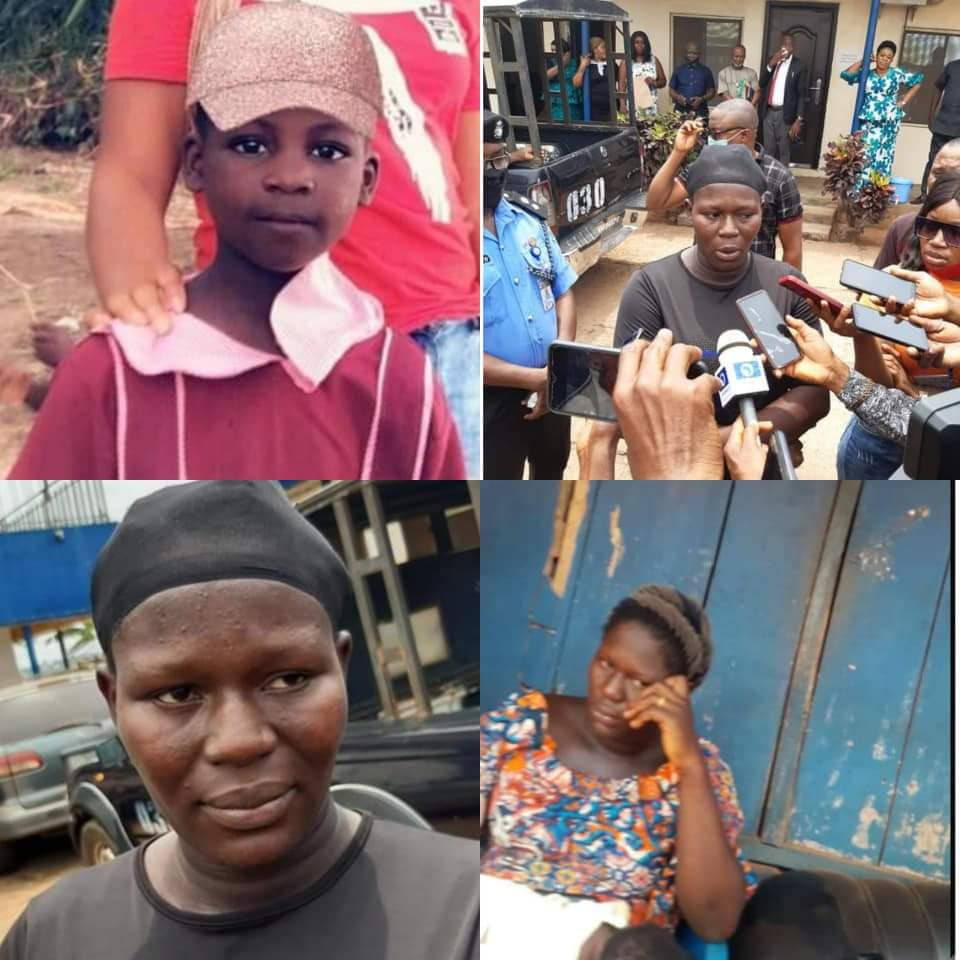 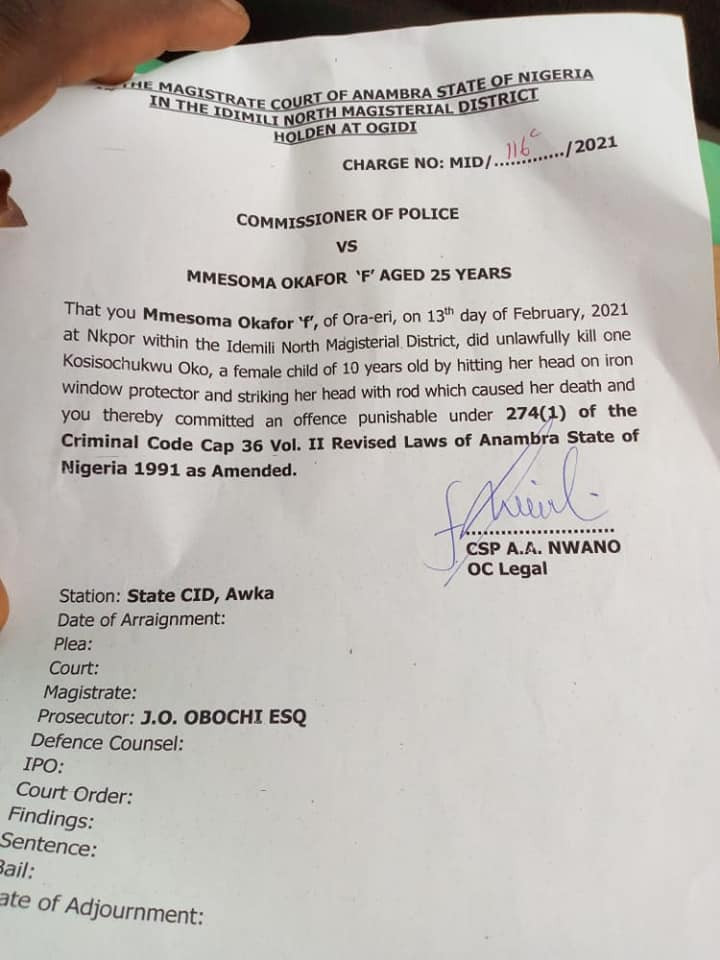 Davido shares throwback photo of his mum and dad

Actress, Nse Ikpe-Etim slams follower who asked ‘why did you sell out your womb’

Author Beta lensPosted on April 11, 2021
Actress, Nse Ikpe-Etim slams follower who asked ‘why did you sell out your womb’
Read More

Author Beta lensPosted on December 4, 2020
Watch moment a man’s phone got stolen while he was recording a fight in Lagos (Video)
Read More

Author Beta Gist Naija StaffPosted on October 8, 2019
The inmate who claims to have killed more than 90 women across the United States is now considered to be the most prolific serial...
Read More

Author Beta Gist Naija StaffPosted on June 28, 2019
As senior officials from Iran and the remaining signatories to its 2015 nuclear deal met Friday to try and keep the agreement alive, the...
Read More