Myanmar’s military have reportedly shot dead a 7-year-old girl in the city of Mandalay the youngest victim yet in the military’s crackdown on civilian ever since the infamous February 1 coup.

The country has been in a dire state ever since the military, headed by coup-leader Gen. Min Aung Hlaing, seized power last month, and detained civilian leader and Nobel laureate Aung San Suu Kyi, establishing a ruling military junta.

The young girl was killed in her father’s arms at home during a military raid, according to advocacy group Assistance Association for Political Prisoners (AAPP) and Reuters news agency.

According to local news outlet Myanmar Now, the girl, named Khin Myo Chit, was shot while sitting in her father’s lap after security forces kicked down the door to the family’s home on Tuesday, March 23.

Soldiers then reportedly asked the father if everyone in the family was present in the house.

After the father answered ‘yes’, they accused him of lying and shot at him, but the bullet missed him and killed the girl instead.

This killing adds to a continuous pattern of abuse and indiscriminate use of deadly force that the military in the Asian country have employed since civilians started protesting against the military junta for carrying out the coup. 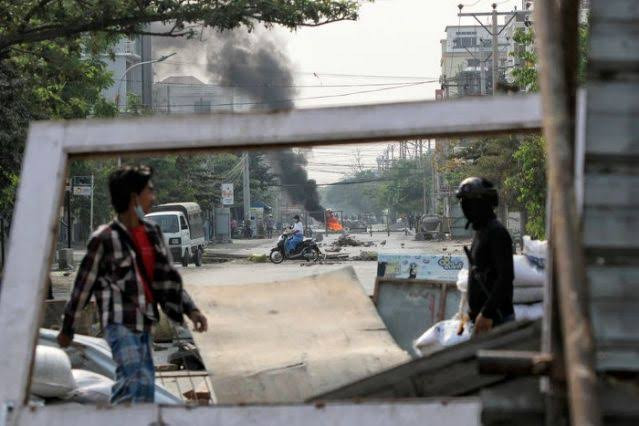 Previous reports from Myanmar say not only have security forces targeted unarmed protesters and opponents to the coup, but they have targeted bystanders, civilians in their homes, and children.

Despite the reported killings, tens of thousands of people still take to the streets to protest and take part in the movement. 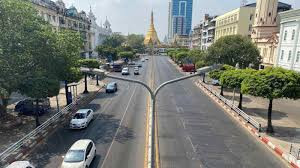 Following the killing of the young girl, protesters on Wednesday called for a “silent strike” urging businesses and shops to close and people to stay in their homes.

The aim of the silent strike is to shut down entire towns and cities, turning everywhere to ‘ghost land’

As at Wednesday, photos on social media show empty streets and deserted roads throughout the country. 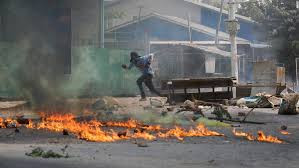 At least 275 people have been killed since the coup, according to AAPP, though activists say the death toll is likely much higher because the military government has been shutting down social media across the country .

Humanitarian organization Save the Children has reacted to the killing of children by the military.

“We are horrified that children continue to be among the targets of these fatal attacks on peaceful protestors. The death of these children is especially concerning given that they reportedly were killed while being at home, where they should have been safe from harm,” Save the Children said in a statement.

“The fact that so many children are being killed on an almost daily basis shows a complete disregard for human life by security forces.”

Previously on Monday a 15-year-old boy was also killed in Mandalay, according to Reuters.

He was one of three people shot dead in the city that day, AAPP reported.

The and European Union have imposed further sanctions on groups and individuals linked to the coup and crackdown on protesters.

There have been new sanctions against Myanmar’s chief of police, Than Hlaing, and its Bureau of Special Operations commander, Lt. Gen. Aung Soe, as well as two army units long implicated in human rights abuses in ethnic areas.

“This is what is going on every day” Dr. Bashir Kurfi narrates how bandits in Katsina allegedly raped a new mum and her mother who visited to help care for the newborn (video)

Author Beta lensPosted on December 8, 2020
“This is what is going on every day” Dr. Bashir Kurfi narrates how bandits in Katsina allegedly raped a new mum and her mother...
Read More

Author Beta Gist Naija StaffPosted on September 29, 2019
Following Tacha’s eviction from Big Brother Naija, BBNaija, her management has accused organisers of the show of allegedly holding her hostage. The situation is...
Read More