The National Drug Law Enforcement Agency NDLEA has intercepted 650g of cocaine concealed in herbal concoction Agbo and dry pepper.
A statement released by the agency today March 21 says a 41-year-old man, Adewuyi Olayinka, was arrested with the banned substance sealed in two parcels that were to be exported to the United Kingdom through the SAHCO export shed of the Murtala Mohammed International Airport Lagos.

The agency also seized 107 gramme of hard drug believed to be Khat at the cargo shed of the Mallam Aminu Kano International Airport, Kano while being exported to Canada. According to the statement, the banned substance was concealed in golden color nylon bags covered with textile materials and labeled tea with the intention of deceiving the anti-drug officers.

”The so-called tea arose the surprise of officers at the cargo shed who insisted that it must be subjected tto laboratory test analysis and test before it will be allowed to go, because the so-called tea came from Lagos by road to Kano and our operatives wondered why the owner did not ship it via Murtala Mohammed Airport, Lagos. Hence, the reason the shipment was delayed until sample was taken and sent to our forensic lab for analysis.

The result came out positive for Khat.

Equally, an attempt by a trafficker to export 92.250 kilogrammes of Khat via Turkish Airline through the cargo warehouse , Nnamdi Azikiwe International Airport Abuja, has been frustrated and the hard drug packed in six cartons heading to Goussainville in France confiscated”the statement read

See photos and video of the banned substances below.. 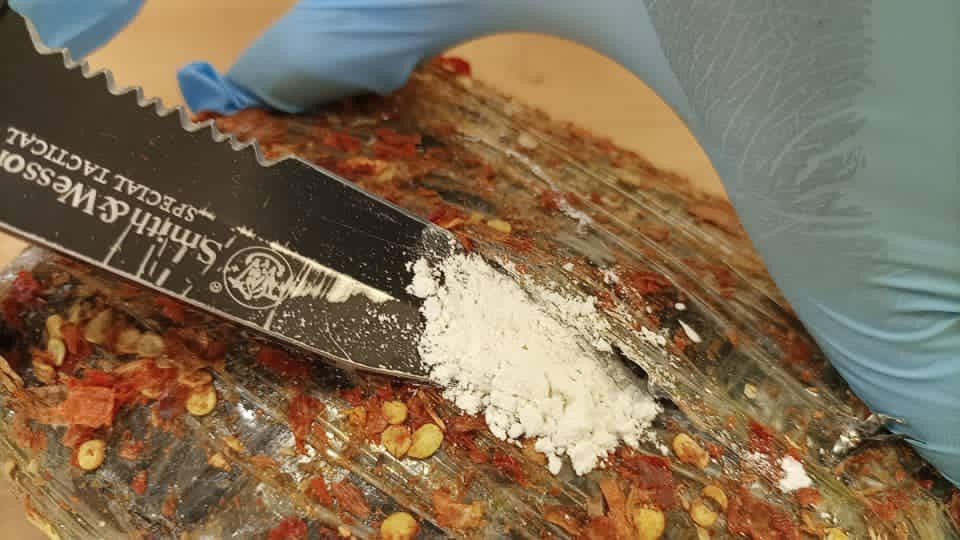 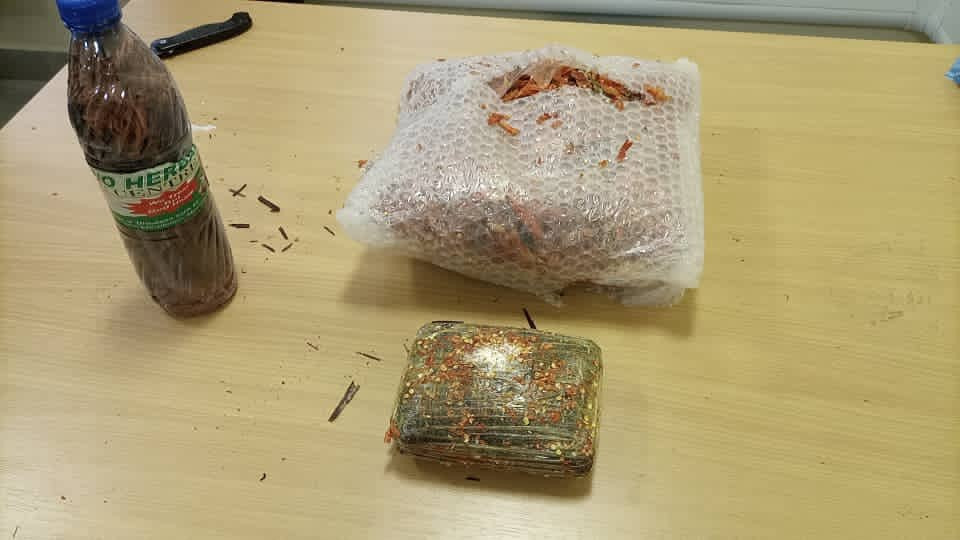 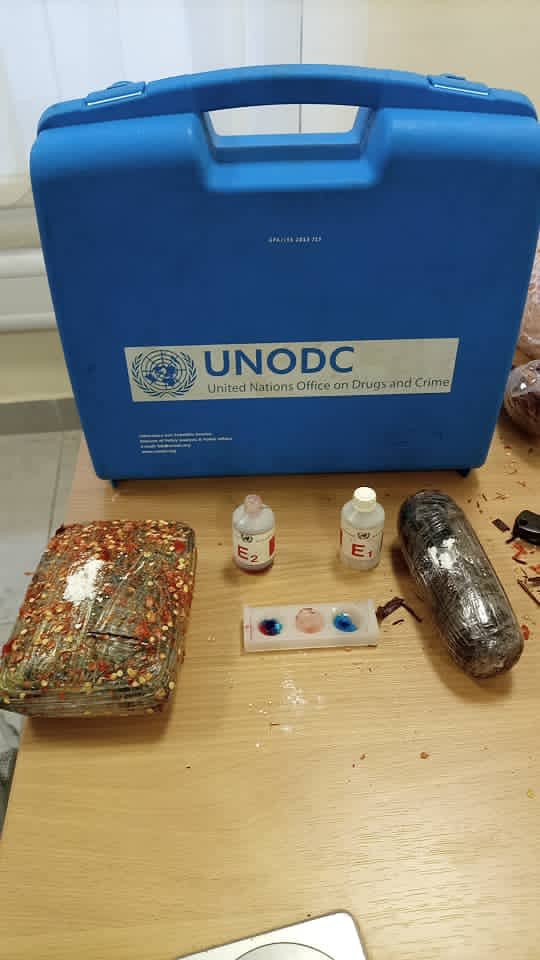 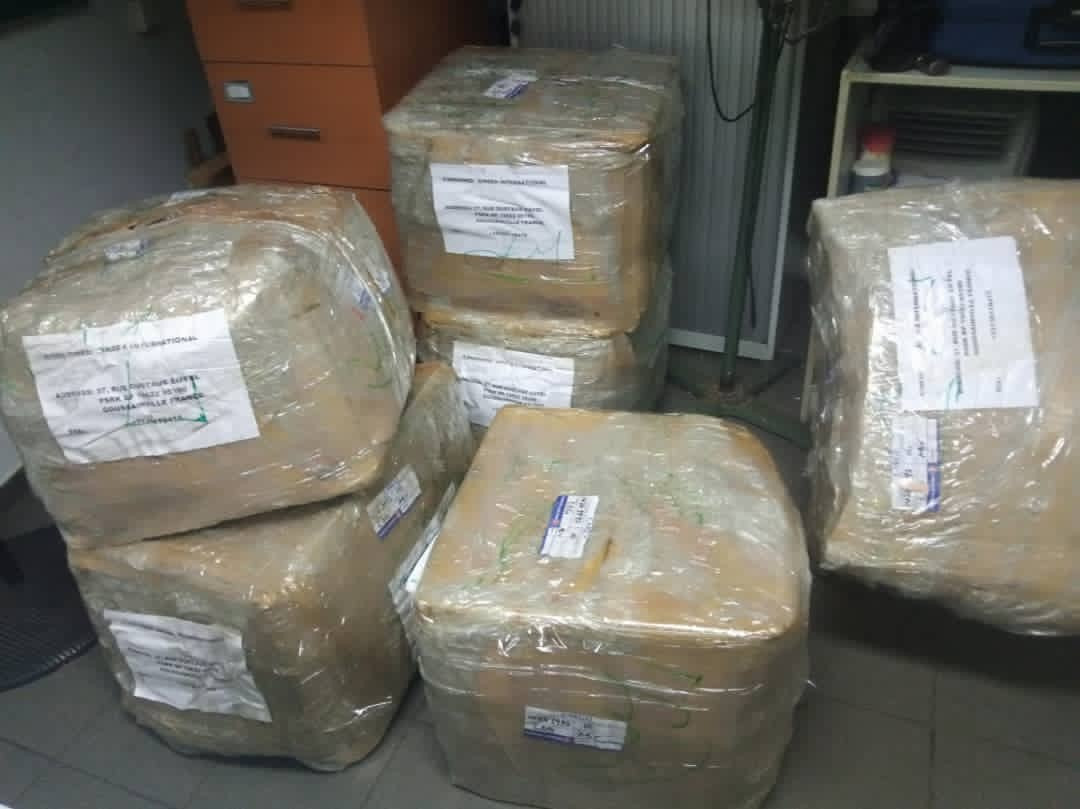 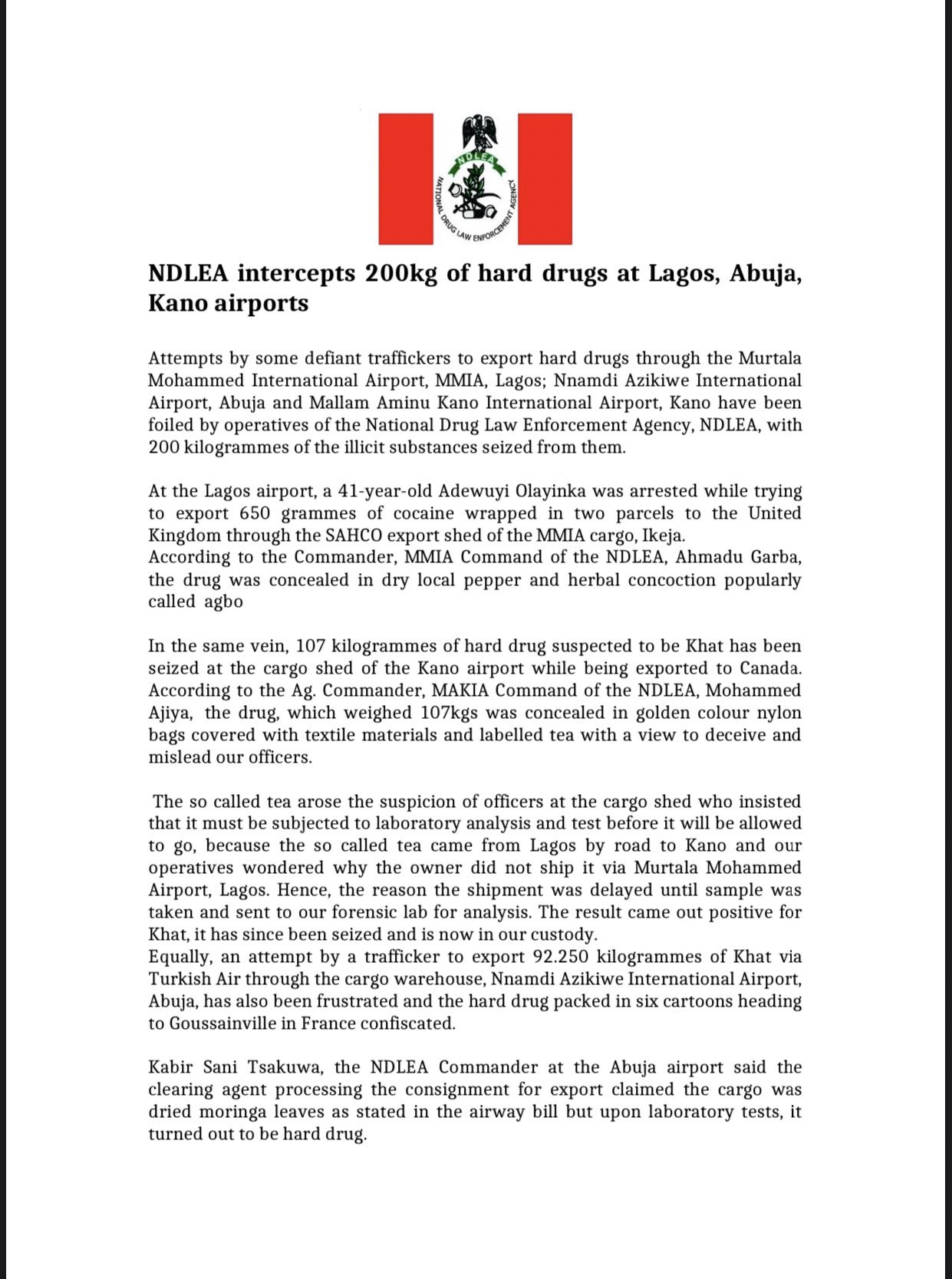 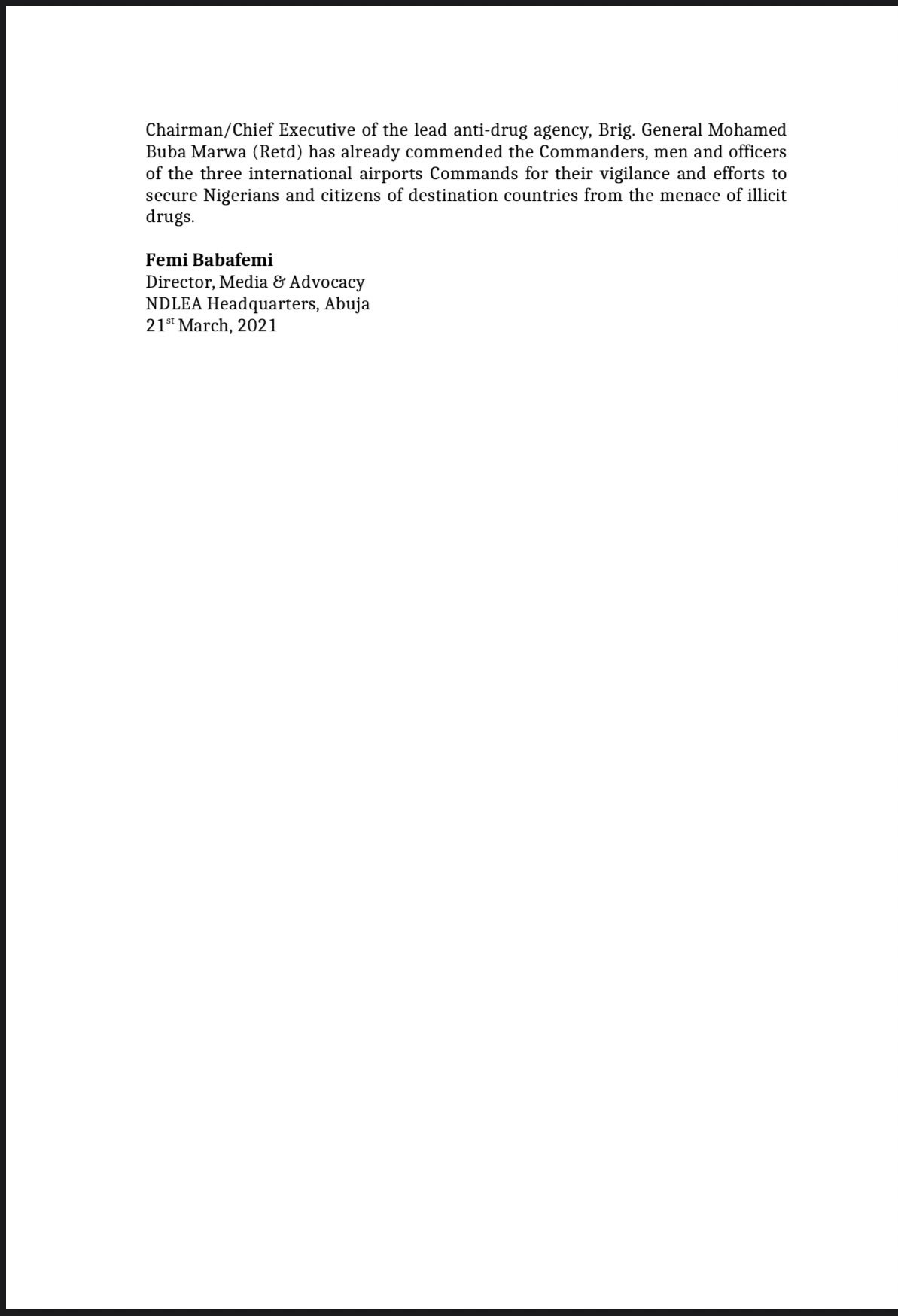 Watch a video of the banned substances being uncovered below,

People's pictures, personal belongings found tied to a tree at a shrine discovered in Abia community

Simon Lalong to opponents: We are all winners

Author Beta Gist Naija StaffPosted on October 2, 2019
Gov. Simon Lalong of Plateau said he, his opponents and the entire people of Plateau are all winners at the Governorship Elections Petitions Tribunal....
Read More

Author Beta lensPosted on March 6, 2021
Oko Poly students sure took the Rag Day ‘madness’ to another next level
Read More

Author Beta Gist Naija StaffPosted on December 4, 2019
An Okada rider and his female passenger have been crushed to death by a fuel tanker at Ago Igbala, Ibafo, Ogun State axis of the...
Read More