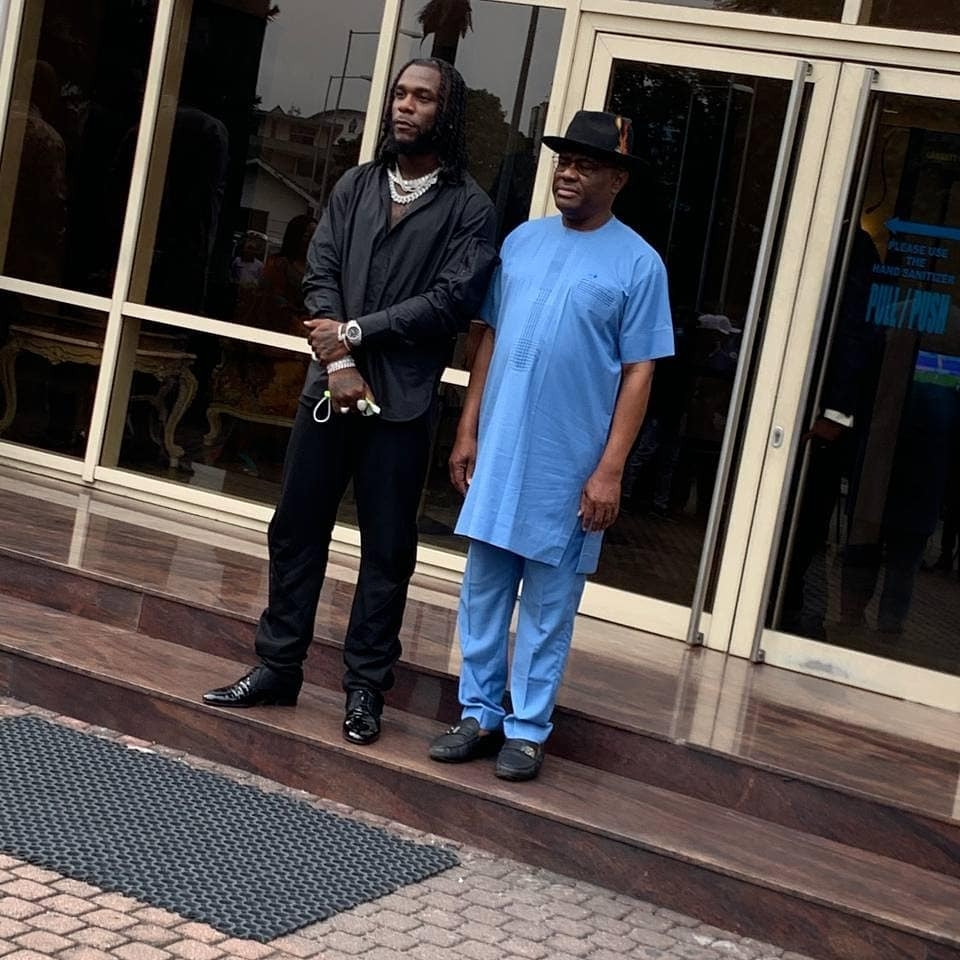 A major highlight of the event was when the “Ye” crooner was gifted a land in Old GRA, Port Harcourt and also money to build by the state’s Governor, Nyesom Wike.

Governor Wike also promised to give artistes who performed at Burna’s Homecoming Concert in Rivers State N10 million each.

Wike described the Grammy award-winning Afrobeat artist as the pride of the state. Governor Wike said this when Burna Boy, his parents and management team paid him a courtesy visit at the Government House, Port Harcourt on Saturday March 27.

“There is no Rivers person that will say he or she is not happy with the kind of pride you’ve brought us. I am very happy and I can tell you, whatever you think we can do to promote you, we will continue to do it.” he said

Wike congratulated Burna Boy for the honour he did to the people of the state all over the world explaining that when news broke that Burna Boy was the winner in the Best Global Music Album category with his Twice As Tall album, the entire state was elated.

How EFCC recovered over N100m for Kwara Govt – Magu

Author Beta Gist Naija StaffPosted on September 25, 2019
The Acting Chairman of the Economic and Financial Crimes Commission, EFCC, Ibrahim Magu, Wednesday disclosed that the agency has recovered over one hundred million...
Read More

22-year-old Nigerian lady in dire need of a boyfriend

Author Beta Gist Naija StaffPosted on April 19, 2019
A beautiful young Nigerian lady took to the Twitter platform to commence her search for a boyfriend in a rather bold manner that has...
Read More

Author betalensPosted on July 23, 2019
Donna, daughter of ex-presidential candidate, Donald Duke, graduated from the University of Nottingham in the United Kingdom today July 22nd. Duke and his wife...
Read More

For snitching on him, security guard murders colleague, dumps body in canal

Author Beta Gist Naija StaffPosted on May 5, 2019
Police in Lagos have arrested a security guard, Monday Odey, in Iwo, Osun State, who fled after allegedly killing his colleague, Abdullahi Yinusa, at...
Read More