A Taxi driver came out of his car naked to protest after task force officials destroyed his car for allegedly refusing to pay N50 ticket fee. 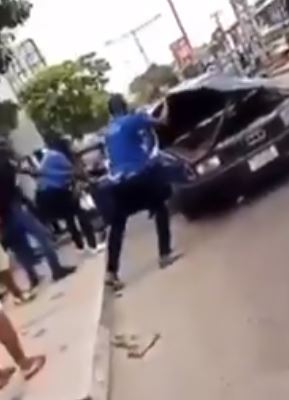 It was gathered that the incident happened at Marian in Calabar, Cross River state, on Wednesday, March 17th.

According to viral reports, Taskforce officials stopped the cab driver asking him to pay N50 naira ticket fee, but he refused and they allegedly assaulted him for it. 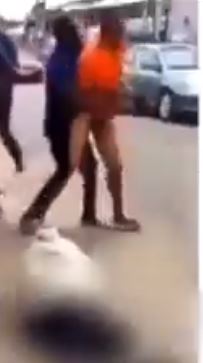 In the viral video the officials were seen dismantling parts of the car, when the driver came out of the car naked to defend himself.

Actress, Regina Daniels and her ex, Somadina spotted together on movie set (Video)

Author Beta Gist Naija StaffPosted on May 2, 2019
Popular Nigerian comedian, Ayo Makun aka AY has denied trolling Tonto Dikeh with his post after his followers assumed the post was for her....
Read More

Author Beta Gist Naija StaffPosted on August 26, 2019
The Nigeria Security and Civil Defence Corps, NSCDC, has warned prospective applicants not to give out money to anyone with the aim of securing...
Read More

#EndSARS: “My mother went to the station to report that her son was missing not knowing he has been buried”- Lady recounts how her brother was allegedly killed by the police

Author Beta lensPosted on October 18, 2020
#EndSARS: “My mother went to the station to report that her son was missing not knowing he has been buried”- Lady recounts how her...
Read More