A 35 year old lady identified as Sukurat Olajoke has been arrested by men of the Ogun state police command for killing her one month old baby, and dumping its corpse in Ogun river. 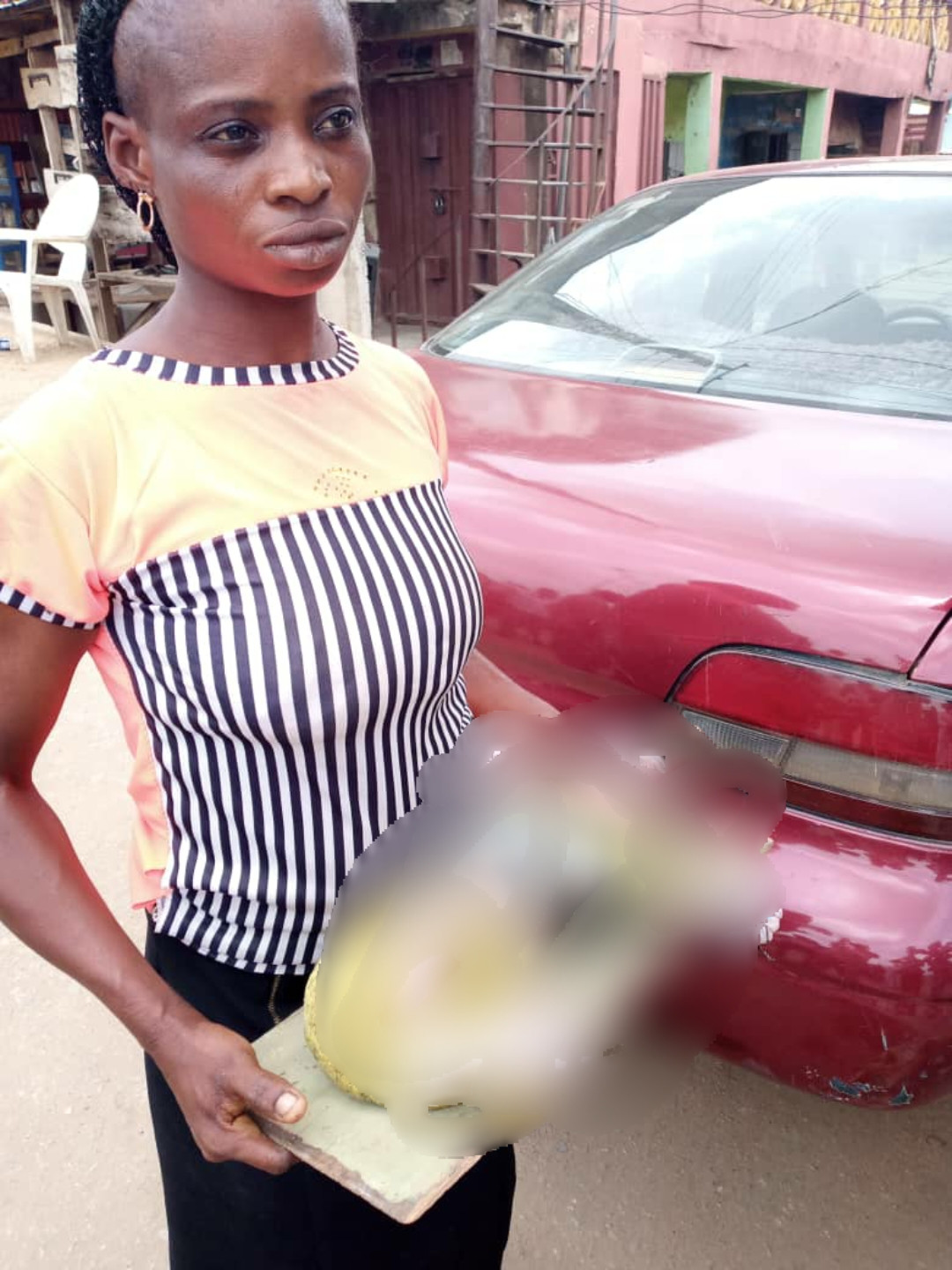 According to a statement released by the spokesperson of the state police command, DSP Abimbola Oyeyemi, the suspect was apprehended when policemen attached to Enugada divisional headquarters Abeokuta who were on routine patrol with the Dpo SP Baba Hamzat saw the woman throwing something suspicious into the river. The suspicious behavior of the woman, after throwing the object into the river attracted the policemen who quickly apprehended her for questioning.

“It was on interrogation that the suspect, who lives at Agboole Alakoye area of Igbo Ora in Oyo state, confessed that what she threw into the river was the corpse of her one month old baby, who she killed out of frustration. She confessed further that, the person who is responsible for the pregnancy of the baby, rejected her and the baby, and since she has no means of taking care of the child, she decided to kill and throw her into the river.

Preliminary investigation revealed that, the suspect had given birth to six other children for three different men, before getting pregnant for one man simply identified as Hakeem who refused to accept the paternity of the child.

The Dpo later engaged the service of local divers, who helped in recovering the corpse of the child, and it has been deposited at the general hospital mortuary.

Abimbola added that the commissioner of police, CP Edward Awolowo Ajogun, ordered the immediate transfer of the suspect to homicide section of the state criminal investigation and intelligence department for further investigation and prosecution.

Author betalensPosted on June 13, 2019
On Wednesday, the State Security Service announced a nationwide crackdown on individuals allegedly caught posting inciting materials on the Internet.   The SSS said it...
Read More